How to Rip Blu-Rays with a LibreDrive

Disclaimer: Lots of affiliate links, but this is all the stuff I personally use, or that I know to be an equivalent replacement.

There are a few "mega threads" out there in the forums and such, such as Ultimate UHD Drives Flashing Guide Updated 2021, which are great if you really want to deep dive and understand the landscape.

I encountered one a few years ago (perhaps the 2018 or 2019 version of that same guide), but it was just so much information that I couldn't sift through it, got stuck in analysis paralysis and ended up not getting anything.

On this journey I've bought three or four different drives over the years, tried various methods of flashing different firmwares, and some of it was cool to learn, but a lot of it was just tedious and not fun.

I created this for people like me that are looking for a streamedline set of "get this, do that, it'll work".

Important: Get the one pictured, which is the SVC50. There's a similarly named model which doesn't work (and I've heard tell of it being shipped out by mistake on rare occasion).

This is the best LibreDrive to buy for backing up Blu-Rays - the Blu-Ray drive of champions, if you will. It was only intended to work with 1080p discs, however, a bug in the firmware makes it "4k Friendly", so it can work with... any disc.

It doesn't need encryption keys or any of that. It can be put into a direct access mode (LibreDrive mode) which completely bypasses all of the nonsense.

This same drive is sold under various brand names but, in fact, the only difference is the logo on the plastic and the specs on the packaging - the "basic" drives with slower read speeds will actually read just as fast once the firmware blocking their true capabilities is repealed.

When you get it it'll have the "updated" (broken) firmware on it, so you'll want to "downgrade" back to the working firmware version.

To do that you'll either need a full desktop computer or... 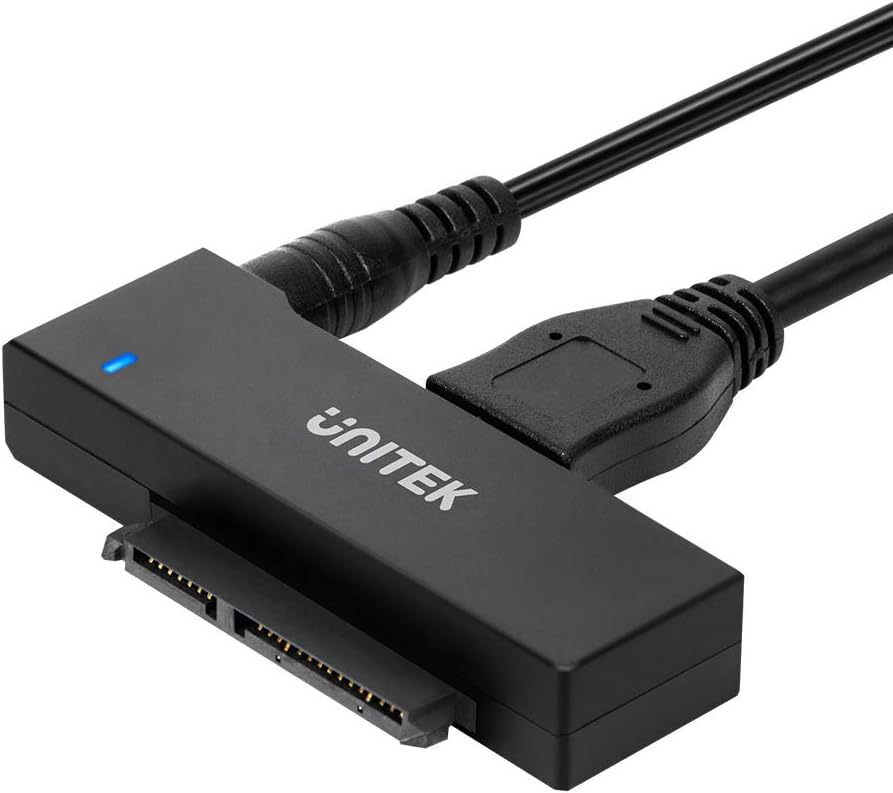 This is a fully ATAPI-compatible USB 3 to SATA adatper, which means that it works for updating firmware on LibreDrives, and for ripping disc backups as well.

Note: There are several similar adapters that look identical for all but the logo. Don't buy anything else. Y-1099 and Y-1099NEW ONLY!

There's also the Archgon SuperDrive, which is sleeker and only a little more expensive ($120), but I have not tried it personally and I don't know which flashing tools and firmwares work for it.

You might be able to figure that out from this year's mega thread.

It's probably what I would choose if I were starting from scratch today, but what I have works and it was such a headache to figure out that I don't want to risk switching and having to learn a new process.

This is the correct firmware for the drive - the one that hasn't been "fixed".

Technically you could load some different firmware to get faster read speeds or some such, but I didn't have success, and I wouldn't advise that you risk it - some firmware can ruin the drive.

When you download the firmware pack it literally has dozens of variants in it. The one you need is:

Or, to make it a little easier to read:

You can't downgrade the firmware of most of these drives with the official tool.

For that you use SDFtool. Unfortunately it's Windows only, but what can you do?

For this drive, and the firmware you need, you'll have to put it in enc (encrypted) mode (checked).

Note: I would NOT recommend using VirtualBox or other emulation software for flashing firmware! Borrow a Windows computer from a friend - just my 2¢.

Because I have 32TB of storage in my 5 Bay RAID (which I thankfully loaded up with 3 of these before the 2020 disaters and price hikes), I use MakeMKV to make full BD backups on my drive.
(with today's prices I'd get this 8tb drive)

That only takes about 30 minutes per disc thanks to direct access via LibreDrive mode, and then I compress them at my leisure with Handbrake later on.

Not a lot of programs are designed to read straight Blu-Ray rips, and 30g+ of data per movie is a lot for most WiFi - and certainly more than you can store on a phone or tablet.

Therefore, I compress the hell out of the files (until only the heaven is left) with Handbrake.

(for reference, the hell makes up somewhere between 75% - 90% of the file size, so you really do want to get rid of it when you can)

I've found that High-Quality 720p is a better deal that medium quality 1080p.

These are my settings:

I think much higher than that and you enter into the placebo range.

I am a bit of an AV snob, but I'm also practical enough to say "good enough is good enough". I think that out of my 20 closest friends I'm probably the only one that could tell the difference between my encodings and the original BDs... and I'm not sure that I can actually tell (again, placebo).

I also find that the new M1's h264 VideoToolbox encoder does quite well if you want it done in 10 minutes rather than 10 hours - but I can spare overnight encodings on my iMac.

See more about that at My Handbrake Settings for Blu-Ray & DVD.

You can install the server on Mac, Linux, or even Windows.

It's kind of a "next, next, finish" sort of process.

The hardest thing about it is just setting up the account and giving it time to do its database initialization stuff. Just gotta wait while it does its thing before its ready.

I use the Free plan because I only use it in the house - I sync stuff to my phone when I'm in the house rather than wasting the limited high-speed "unlimited" (throttled) data on the go.

Roku has too many different variations and it took a long time to figure out what was what.

I think I settled on the 2019 Ultra because it supports all of the modern high-efficiency (read CPU-intensive) codecs (h264, h265) and containers (mp4, mkv), and it has an Ethernet port ⚡️.

It was able to locally stream Star Wars 4k77 (a 50gb h265 rip) at full quality, downscaling to 1080p on the device, and it looked great. It seems to work with all my rips.

And it supports Plex, SuperSimple, Curiousity Stream (but not Nebula... yet 😢), etc.

The only problem that I have with mine is that when I first turn on the projector I have to unplug and re-plug the HDMI that goes into the Roku or the audio doesn't work. I lay some of the blame of that to my cheap-o 5-port HDMI switch... however, no other devices have trouble with it.
... HDMI auto-negotiation fail 👹. 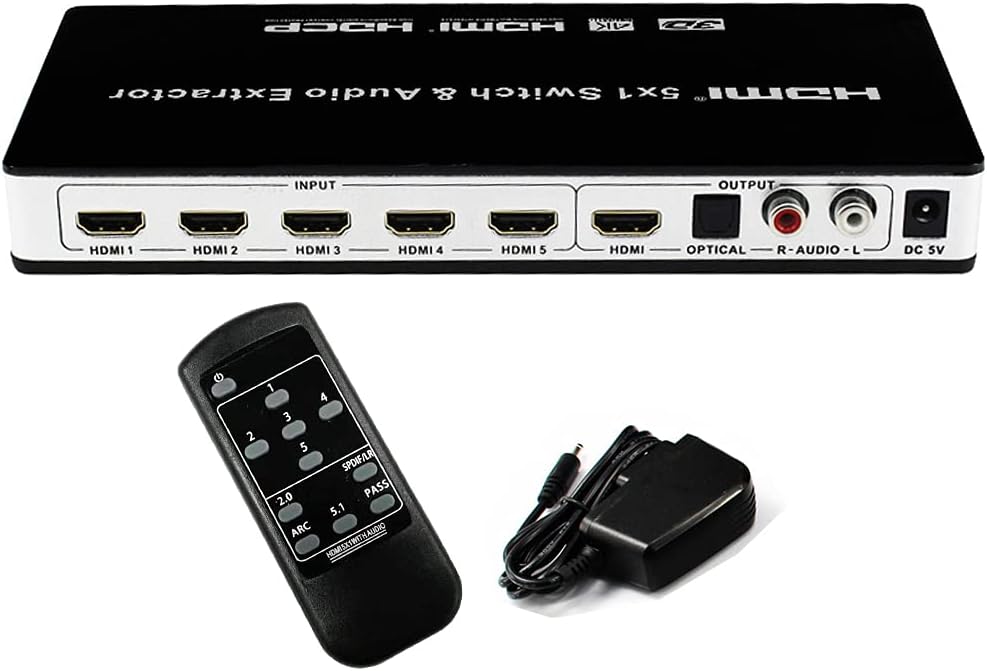 Side Note: I'm not a fan of WiFi, but I've been on UniFi for years now and it's the best I've ever had. I upgraded this year to the UniFi WiFi 6 AP Lite and it ... what's that thing the kids say these days? ... slaps. It slaps, yo. Dawg. G'nizzle. Wicked cool. Gotta drop it like it's hawt. 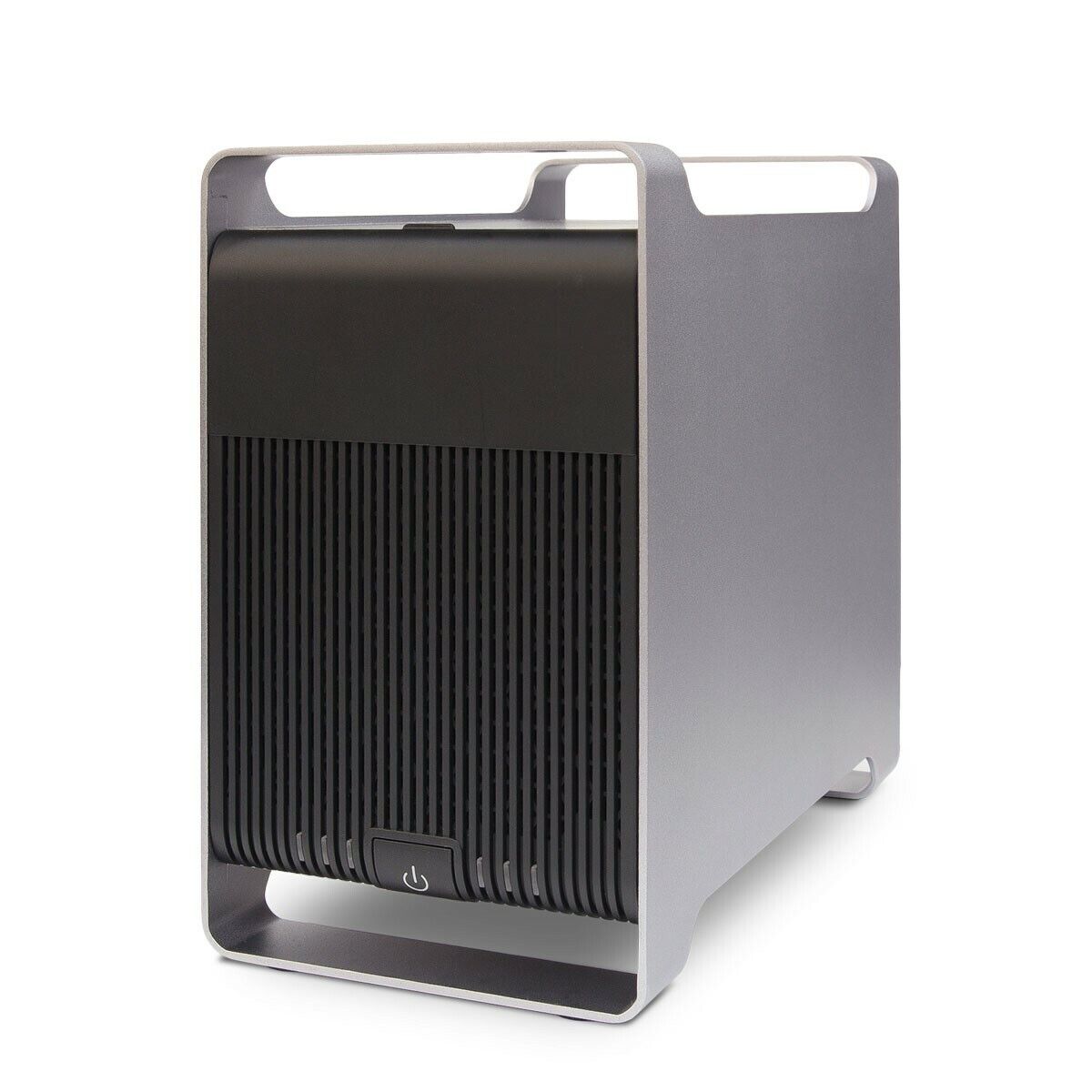 FYI: RAID is almost always slower than a single disc - in just about every configuration. There are occasions where it can be faster, but expect it to write slower (almost always), and to sometimes read much faster.

There are occasions when I get 200mbps writes... but usually its closer to 20.

Oh, and the exception to when RAID is faster than a single disk isn't a good exception - it's more the exception that the extra large, enclosed "backup" drives really, really suck.