How I dealt with Hell's Itch

I hate fake product reviews and fake medical articles - like the ones I found when I was searching for a solution to this - so I write my own from time to time.

You're here because you recently got a sunburn and you're now experiencing the most intense itch that you've ever felt.

Mine started 2 days after my burn and lasted about 24 hours. 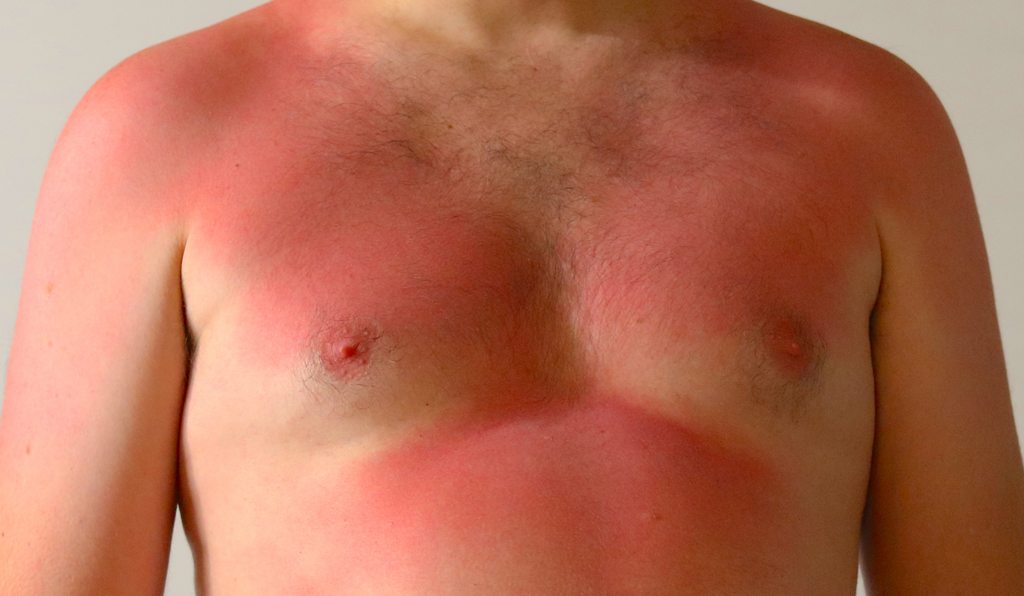 I got my Sunburn over the holiday weekend, specifically around 1pm on Monday.

The burn looked much worse than it felt. I slept fine Monday night and I had some tenderness by Tuesday night.

Wednesday afternoon I started itching a little here and there, but by the evening it was intense.

After a few hours of trying different creams and then about 30 minutes of lying completely still and not scratching (but occasionally screaming into my pillow), I was able to fall asleep.

It's now Thursday morning and as I write this my upper arms, arms, chest, shoulders, and upper back all feel kinda like pins and needles, but agonizingly itchy rather than tingley or causing laughter.

More accurately, it feels like being in the itchiest grass imaginable, and having no relief.

I'm simply ignoring it the best I can.

After last night's flare, this is certainly bearable by comparison.

the burn can be treated, but the itch cannot

There is no over-the-counter treatment for Hell's Itch. At least not any that are effective in any meaningful way.

Here's what I tried:

I'm out about $70 from trying all of these things, and the intense itching lasted about 24 hours regardless.

I'd say that every single topical treatment (creams, gels, sprays) made the itch much worse - as in the order of 10x worse. In particular hydrocortisone caused an eruption of itching and pain - so much so that I had to hop in the shower and wash it off, thoroughly.

Again, the burn can be treated, but the itch cannot.

The things that provided the best temporary relief were:

Update: In retrospect, the Benadryl may have helped more than I realized - or at least it's one thing all of us who were able to find a way to sleep seem to have in common. Also, Benadryl + Advil + Tylenol together is probably a safe bet - if you reduce the burn and inflammation, and increase your sleepiness, you'll reduce the itch.

I think the things that provides the best long-term comfort were:

(I double dosed on Max Strength Benadryl and I don't think it did anything for the itch, but it did make me sleepy enough to doze off)

I'd say it's also important to be really clear with your partner / children that the reason you're yelling at them is not that you're upset with them, but that you're experiencing intense, unsatiable itching.

If the burn heals, the itching will go away (or so I've been told, and so I believe - but I'm still in the middle of this, y'know).

If the burn is also hellish, then do what you can to treat that, and practice your Zen to ignore the itching.

Update: My burn is still a little tender at the shoulders, and is still very visible, but the itch has gone after about 24 hours - about 16 of those hours spent sleeping.

There's not a lot of medical science on this. At least not on the first few pages of search.

However, we know it's NOT the intensity of the sunburn.

And some people experience, while others do not - I've had many sunburns, but never an itch like this.

As I've said before, I've had worse sunburns that were more painful, but less agonizing - especially since the burn part can be medicated.

It may be the nerves misfiring.

The working theory is that it has something to do with the nerves in your skin being affected by the sunburn.

The reason that medicated ointments don't work is that they operate on the skin itself, or a histamine reaction, not the nerves.

I think the reason that the creams, gels, and sprays make it worse is that my skin badly needs moisturizing, and as the skin absorbs the lotion it "tickles" the nerves, producing even more of the itch.

I'm just trying my best to get my skin to feel better, and hope the itch follows.

Wait it out, really?

It sucks, but yeah.

The best solution I've found it to just lay still for 20 minutes, to not scratch, and to endure.

The sensation continues on and on, but as I willfully (and I mean very willfully) ignore it, it lessens.