Gallium is a metal that, like Mercury, is liquid at room temperature. Or rather, it might be solid, but melts in your hand. It's also the Ga in GaN, the new type of semiconductor used in the new MacBook (and other USB-C) chargers. 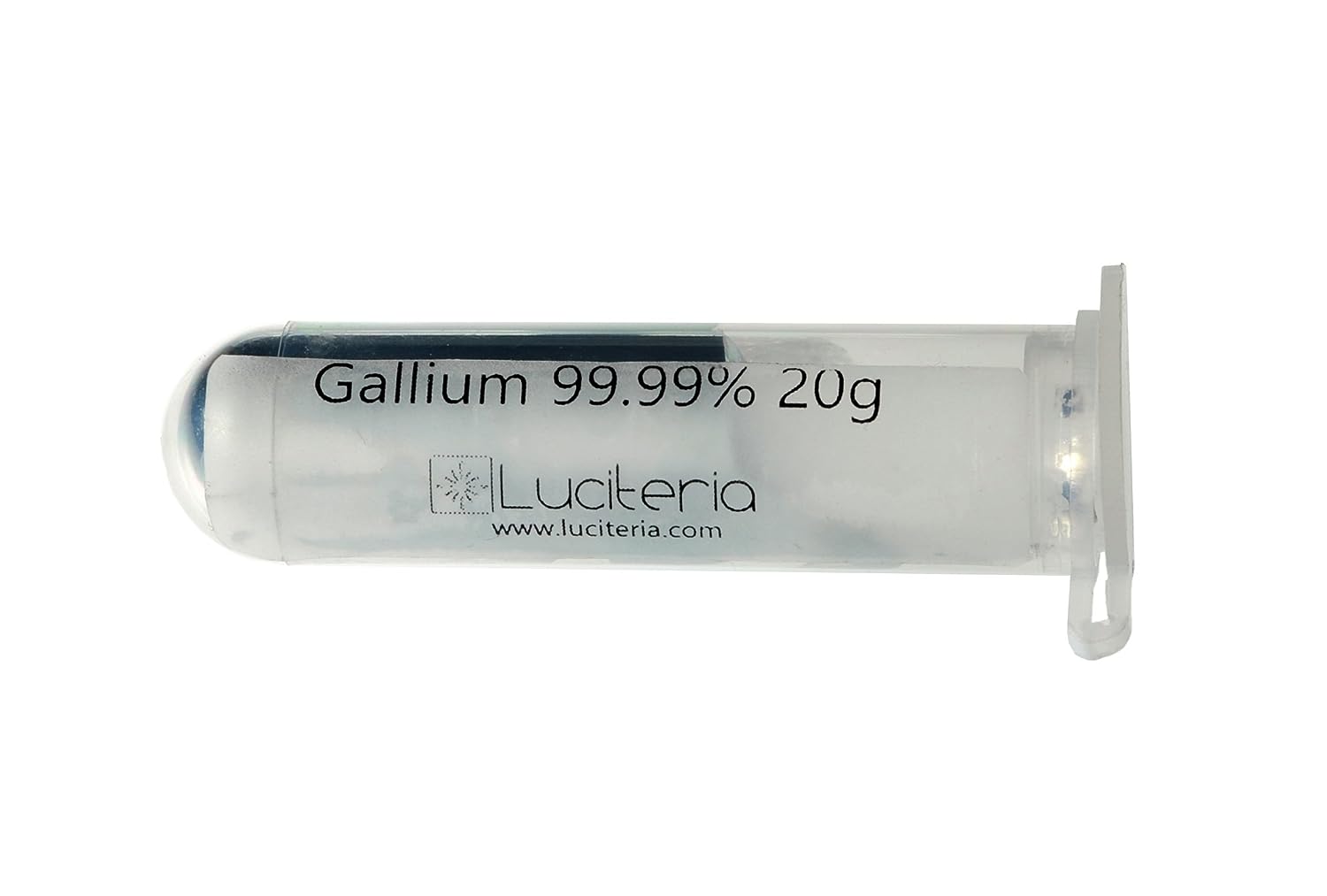 It's fun to play with but, before you do there's a few things you should know.

All things are toxic to some degree - even water (particularly pure or distilled water).

In any case, eating it might give you a stomach ache, and eating a lot could kill you, but - as mentioned above - drinking too much water can kill you too.

It's not the sort of thing that you so much as have to worry about washing your hands after handling before eating, or calling poison control if your 2-year old swallows a pea-sized amount - though for a 2-year old, a full 50g vial might be another story.

If you do put it in your mouth, you'll have a foul taste for an hour or two.

Also, much like Sodium + Chlorine (table salt) is non-toxic (and, in fact, essential to life), but Ammonia + Chlorine (windex + bleach = chloramine) is deadly, Gallium itself is non-toxic, but some Gallium by-products - such as Gallium Halides - are deadly.

Also, be sure that where blood comes out, Gallium doesn't go in. It can cause necrotic tissue damage. Again, generally not a big deal - just don't go holding it in the hand you're nursing from a knife wound, or bathing in a vat of it.

This is where Gallium is dangerous.

Gallium will "amalg" with other metals at room temperature. That is to say that it will seep into them and create new (typically much worse) alloys.

Basically, it's like a metal virus - a little goes a long way, and keeps going.

Put just a little gallium on an aluminium lock, chair, or equipment stand, and a few hours later you'll have brittle, discololred, patches of metal that can no longer function as load bearing supports. Donezo.

In particular, you do not want Gallium to touch

Fun Things to Do

One of the neat things about Gallium is that it seems to take a fair amount of energy to transition between solid and liquid state.

Likewise, if you put it in the freezer for 20 minutes and then bring it out, it'll take a while before it melts in your hand.